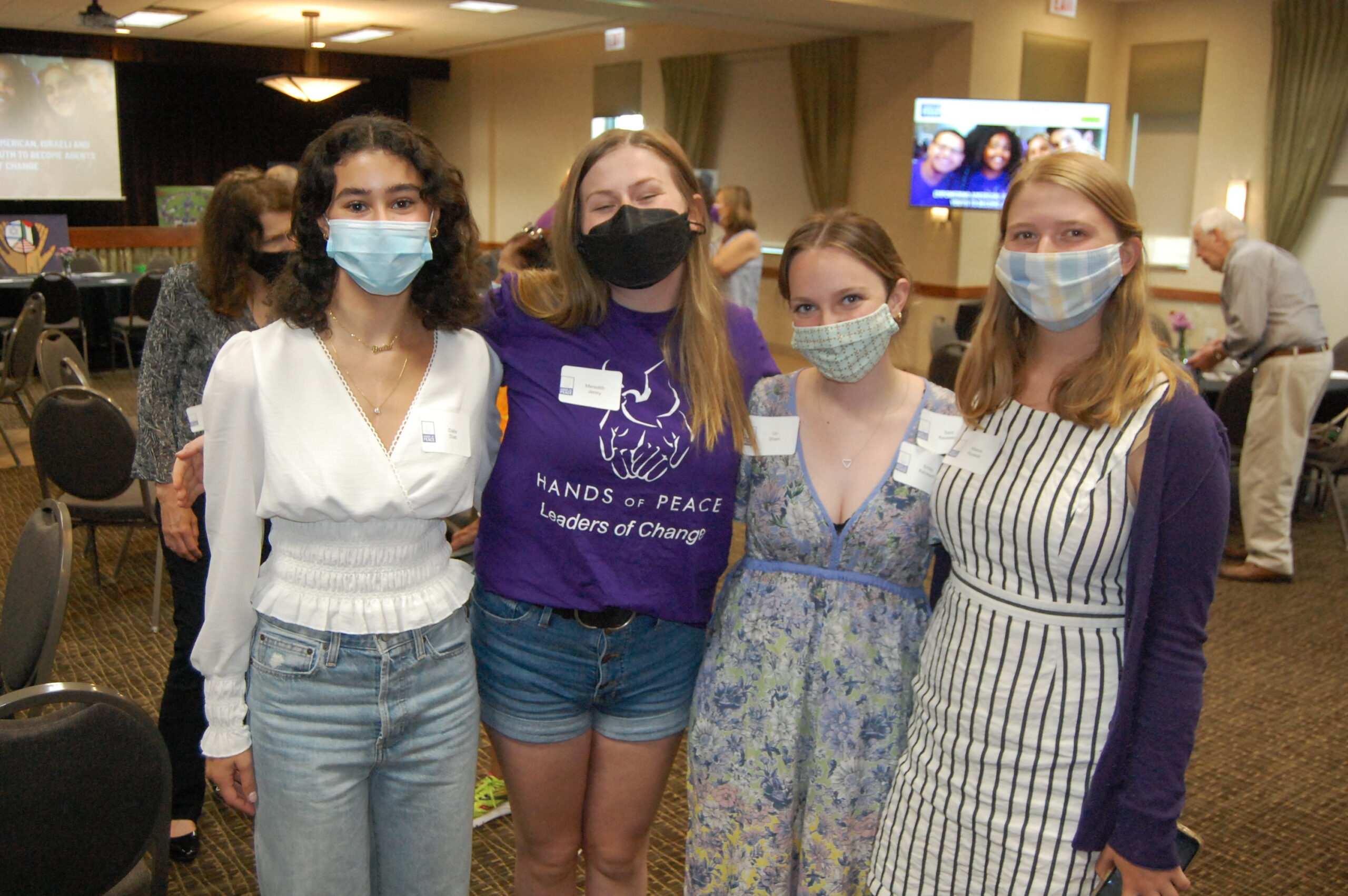 Hands of Peace is an international program spanning Israel, Palestine, Glenview and parts of California. It was founded in Glenview 2002 out of the horror of the attacks on the United States of Sept. 11, 2001. And it has evolved.

Sunday was a very different Hands of Peace closing ceremony from those in past years when ceremonies were filled with Palestinian, Israeli and American high school students all together.

Although the 2021 closing ceremonies were held in-person at the Glenview Park Center, the visits by those high school students and others in this year of COVID-19, filled with interaction and the learning of conflict resolution, took place via Zoom teleconference.

Sunday’s audience of Hands of Peace board members and officials, current and former American participants, and former host families was far smaller than the closing ceremonies which filled the Glenbrook South auditorium in past years, but through video messages drove home the messages of peace and hope.

Those reflecting on years past said they recalled being picked up at O’Hare Airport, somewhat timid, to the time they left, empowered.

“You always get the feeling of being loved, and hugged,” said one participant. They continued, “There is an old Jewish saying, ‘If you save one person, you save the whole world,’ You should know you are moving mountains.”

Hands of Peace founder Gretchen Grad pointed to some of those who sent video messages, saying they would continue on in a new role by networking with fellow alumni to work on policy issues.

“We know the dialogue, now what comes next,” Plunkett said. “Education, then activism.”

Plunkett told the story of a Hands of Peace alumni serving his mandatory service in the Israeli military in the Navy. One sailor convinced his crewmates to go to Palestinian areas, not as a military force, but to take a tour as people. 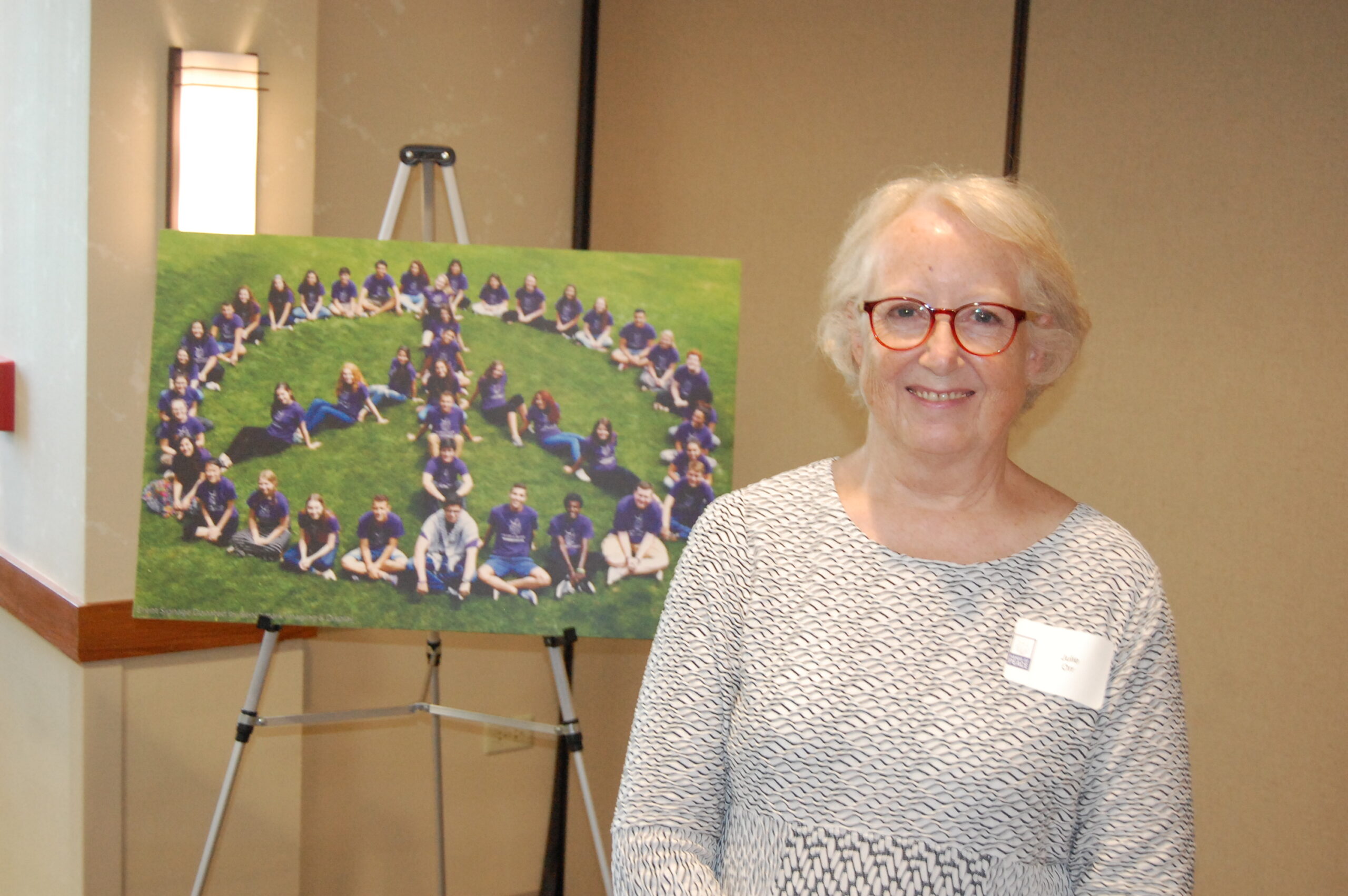 Julie Orr, a Glenview Community Church member who has been with Hands of Peace, hosting youth from Israel and Palestine since the group was founded in Glenview in 2002, stands in front of a common photo for the group of visiting youth from Israel and Palestine sitting to form a peace sign all clad in purple hands of Peace t-shirts, at a reception after the Hands of Peace Closing Ceremonies Sunday, Aug. 1, at the Glenview Park Center. (Tom Robb/Journal photo)

Julie Orr has hosted Hands of Peace participants in her home in Glenview since 2002. She said she hosted boys and girls, Israelis and Palestinians. Orr said the growth varied depending on the kid. She said some saw a profound change from their experience, while others actually became more cynical.