Hoda Barakat is the Palestinian Regional Manager for Hands of Peace. She has been working with HOP since 2007 and has successfully recruited a wide range of diverse Palestinian teens from the West Bank and East Jerusalem. Hoda is involved in co-planning and executing our Middle East Alumni Program and leadership program. She earned a degree in Civil Engineering but has found her passion working with people and focusing on youth development. Hoda believes that change comes from the people. She works with young adults to empower them as leaders of change in their own communities.

As our Jewish Israeli Regional Manager, together with Hoda and Rana, Amit is responsible for overseeing all of HOP’s work in the Middle East. Our work in the Region includes bi-national seminars, continued dialogues, tours and community service, as well as leadership programs and new initiatives that our alumni in the Middle East develop in the years after they’ve joined Hands of Peace. Amit worked in various facilitation roles throughout her career, including leading workshops for Arab and Jewish Israeli High Schools and divided communities in Israel. She holds a B.A. in Psychology and a Masters in Clinical Psychology from Hebrew University.

As Founder of Hands of Peace, Gretchen has served many roles over the life of the organization, focusing on leadership, strategic planning, and fundraising as the organization has grown. Gretchen currently serves on the Board of Directors, where she invites supporters to discover how they can find meaningful ways to support the mission and the always-growing financial needs of the organization. Gretchen holds a BA in Mathematics and Economics from Hamilton College and an MBA from the University of Chicago. From 1985 to 1997, Gretchen worked for First Chicago Capital Markets, as an economist, securities trader and fixed income expert; she left as a Managing Director.

Rana Haddad is the Palestinian Citizens of Israel Regional Manager for Hands of Peace. She began her career with Hands of Peace as a participant in 2003 and an XL in 2004. She then came back as a chaperone in 2008, and was promoted to Regional Manager in 2009. She has received her BA in Pharmacy from Ben Gurion University of the Negev in Israel, and currently works as a pharmacist at Meuhedet, which is the third largest health care provider in Israel. She balances her job as a pharmacist with her work for Hands of Peace and continues to help develop young leaders dedicated to peace in the Middle East.

Husam Jubran brings his extensive peace and conflict resolution experience to Hands of Peace as Director of Facilitation. Engaged in community organizing and activism from a young age, he earned a Fulbright to attain a masters degree in Conflict Transformation and Peacebuilding from Eastern Mennonite University and now educates others in conflict management, crisis management, and nonviolence. As a tour guide, Husam works for Mejdi Tours which offers dual narrative tours of Israel/Palestine. Husam also works as a political and interfaith tour guide to the Holy Land. Husam also served as a representative of Palestine and Jordan in Synergos’ social entrepreneurship programs from 2007 to 2017. 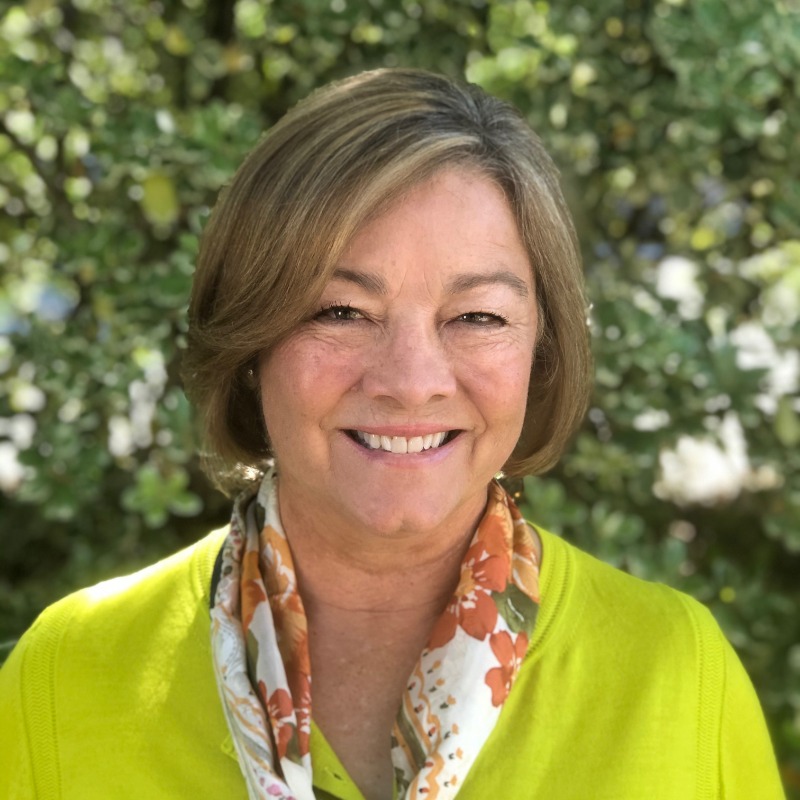 As Director of Development, Diana Kutlow is responsible for strategic planning and development of fundraising initiatives for Hands of Peace. Diana has a BA in history from Barnard College at Columbia University, a Master’s in Peace and Justice from the Joan B. Kroc School of Peace Studies at University of San Diego (USD), and a certificate in Non-Profit Management from USD. Diana joined Hands of Peace after a long tenure at the Kroc Institute of Peace and Justice, where she managed the Distinguished Lecture Series, and served as Director of Development and Alumni Relations for the Kroc School. In previous positions at the New York Post, CBS Sports and ABC Sports, she covered national and international sports events, including several Olympic Games. 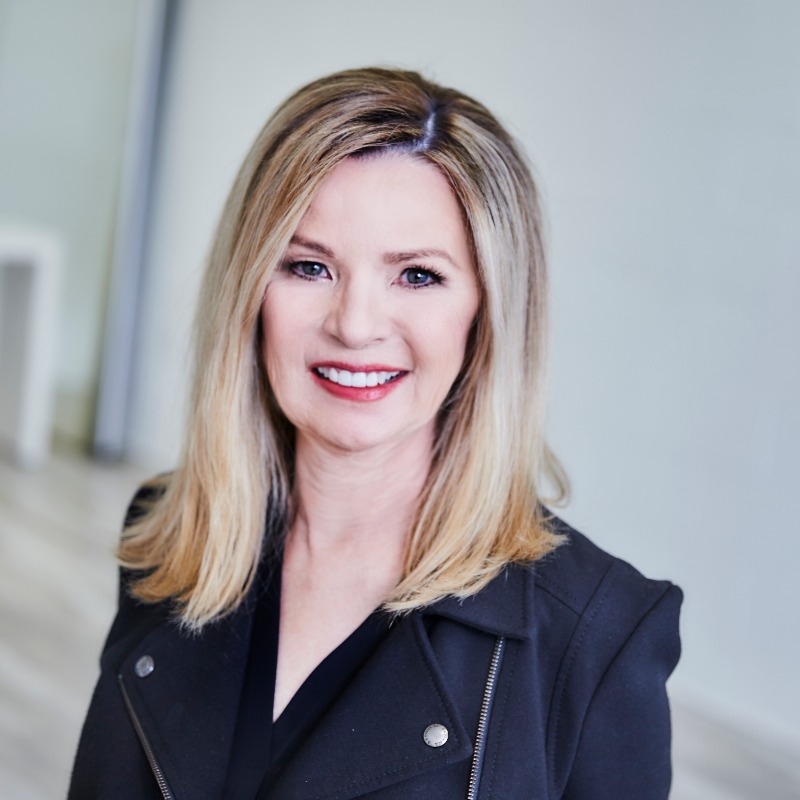 Deborah brings her award-winning media, public relations and branding savvy to Hands of Peace as Marketing and Communications Specialist. Deborah has recently partnered with many high-profile clients for event planning, messaging and brand development including the National Academy of Television Arts & Sciences. Her creative leadership helped to propel NBC 7 San Diego, an NBC-owned television station, to long-term ratings success. Deborah has been rewarded with 18 regional Emmys, a national Emmy and four San Diego Press Club awards for journalistic excellence. She is also the proud recipient of the YWCA "Women and Industry" TWIN Award and she was recently inducted into the National Television Academy’s Silver Circle, a prestigious honor roll of professionals who have made significant contributions to television. 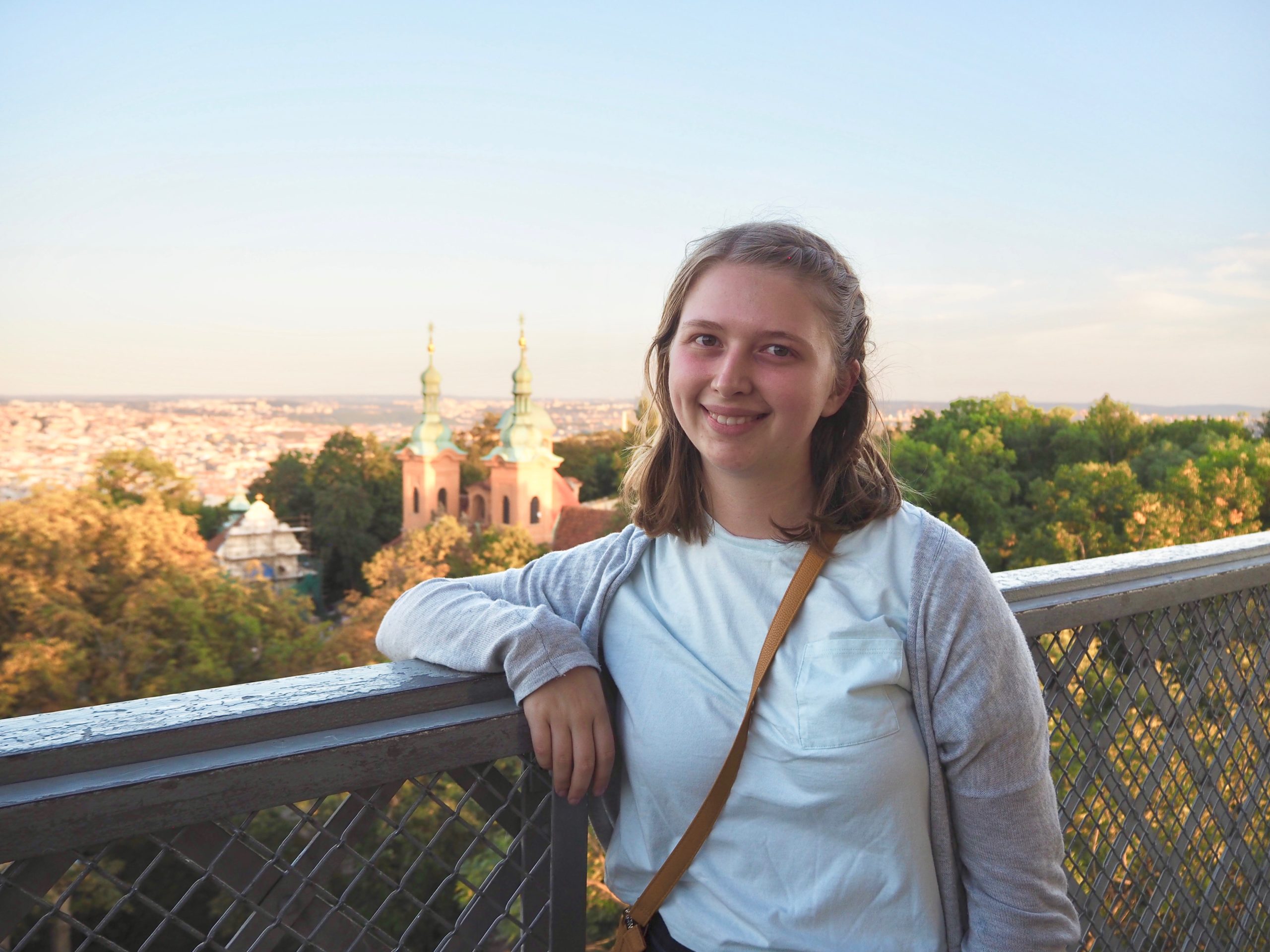 For Maeve Plunkett, no summer is complete without Hands of Peace. Maeve participated in 2015 as a Hand, 2017 as an XL, 2018 as an intern, and 2019 as Assistant Program Director. She now serves Hands of Peace as Community Outreach Coordinator. Maeve is finishing her Bachelor's degree in International Development and German at Illinois Wesleyan University. Hands of Peace and its impact on participants and the communities that make it happen inspire Maeve to work towards justice and equality while inviting others to grow into leaders of change. 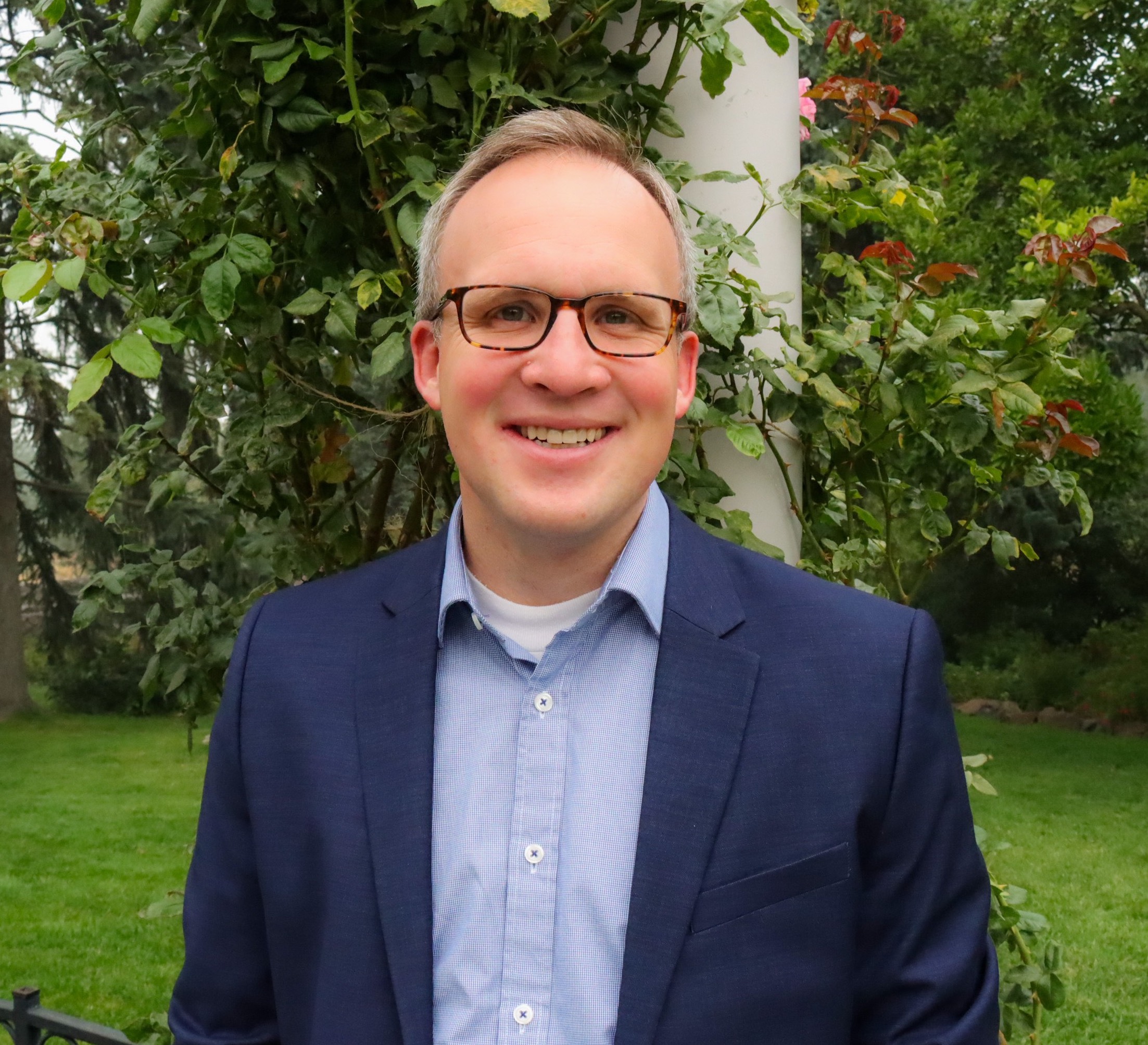 Most recently a diplomat with the U.S. Consulate General in Jerusalem, Scott brings extensive peacebuilding skills and a keen understanding of the region to Hands of Peace as Executive Director. From 2009-2019, Scott led people-to-people work with the U.S. Foreign Service. An advocate for strong relations and continued engagement with youth, even through periods of disruptive political change, he managed foreign assistance grants, directed initiatives on Palestinian/Israeli cooperation, and formed public-private partnerships on research and economic development. One of those initiatives was the Hands of Peace/EcoPeace Middle East Project in 2018. Beyond his experience in the Middle East, Scott has worked in Washington D.C., Warsaw and Asmara. Scott lives with his wife Brooke and their seven children in Spokane, Washington. 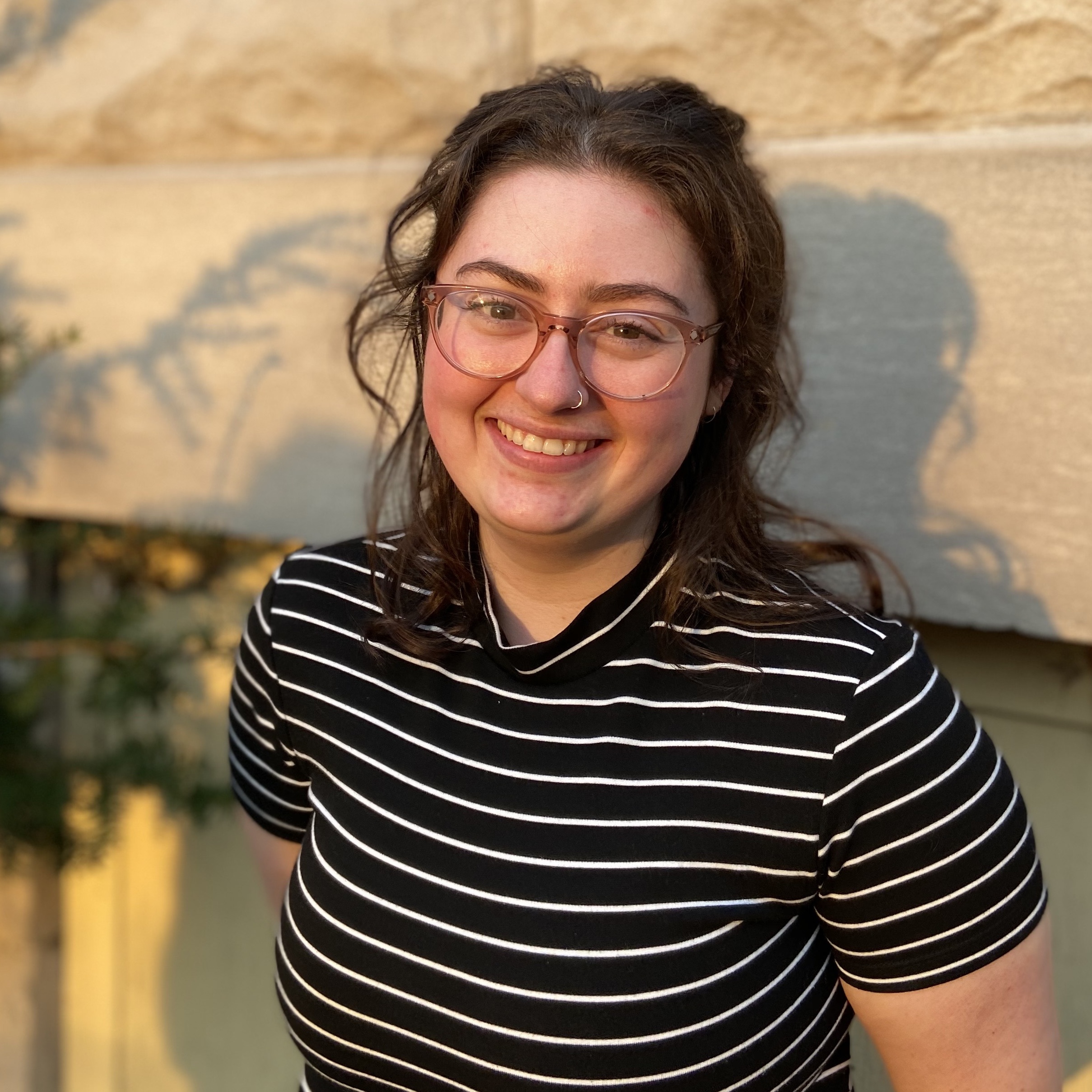 After being the American Chaperone and Assistant Program Director for the 2018 and 2019 San Diego Summer Programs, Sheridan knew she wanted to continue her involvement with Hands of Peace in a new capacity. As Office Administrator, she manages donation processing in addition to providing support for development and marketing. Sheridan studied Sociology and Anthropology at Lewis & Clark College in Portland, Oregon where she graduated Magna Cum Laude in 2019. During her time in school, she became interested in political organizing around domestic issues as well as those in Palestine and Israel. Now, Sheridan works to support Hands of Peace’s daily operations so the organization can empower as many young leaders as possible. 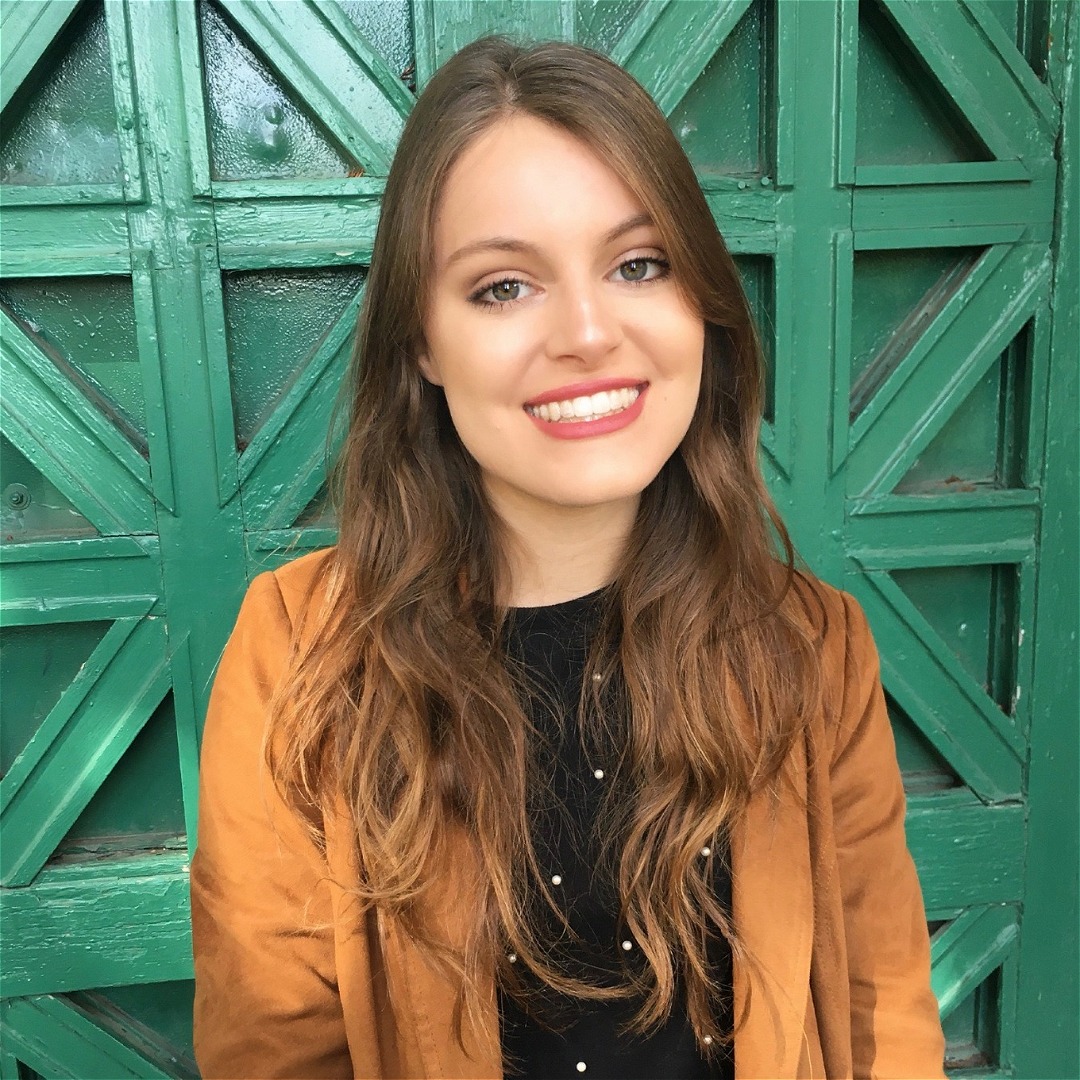 Raising Youth Voices Program Coordinator, Dania Zanaid, is a fourth year International Studies-Political Science student at UC San Diego with a passion for global affairs. She has interned on Capitol Hill in Washington, DC for a Representative on the House Foreign Affairs Committee, and spent time abroad in Europe studying Mediterranean politics and migrant issues. She is also always eager to make an impact locally such as when she interned with the International Rescue Committee, a non-profit refugee resettlement organization where she helped conduct English coaching and job training for adults and youth. Dania is very excited to continue the important work of bringing diverse voices together to create a space where everyone can be heard.